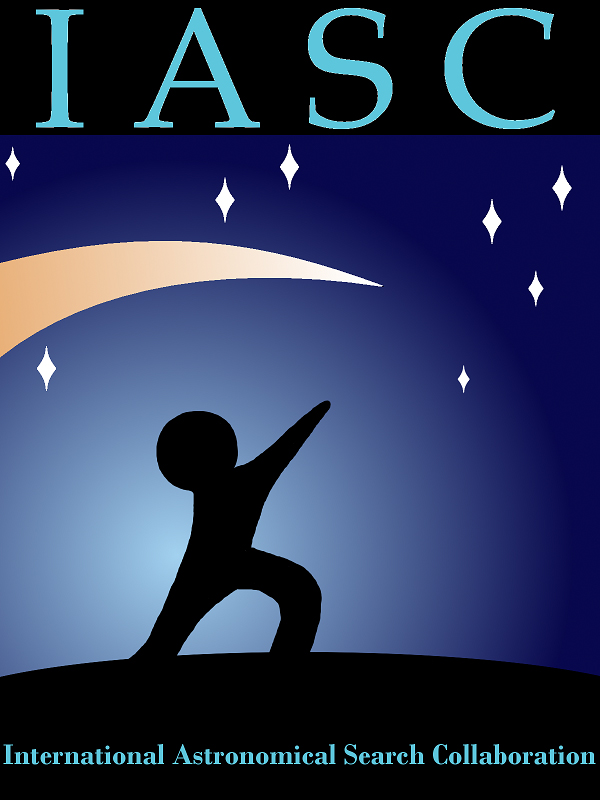 The International Astronomical Search Collaboration (IASC) is a citizen science program that started in 2006, founded by Patrick Miller, a professor at Hardin-Simmons University in Abilene, Texas. This program makes use of telescopes all over the globe to capture images of the sky that are then distributed in schools and analysed by students in order to identify objects that move quickly against the background stars. Therefore, schools contribute to the discovery of new asteroids, helping to reduce part of the risk these objects may represent if they are eventually on a collision course with Earth.

In Portugal, the project took its first steps in 2007 with NUCLIO and Leonor Cabral (member of NUCLIO and, at the time, teacher at Cidadela High School, in Cascais). Through the years, hundreds of Portuguese schools, and also from Portuguese-speaking countries, joined the project, along with thousands of students, producing thousands of detections, many of which have received a provisional identification from the MPC (Minor Planet Center), the official organisation in charge of collecting observational data and cataloging asteroids.

The coordination of the project in Portugal has been done by Ana Costa, a former teacher and a member of NUCLIO, and is now in the hands of Álvaro Folhas, professor of Physics and also a member of NUCLIO. New campaigns are launched every year, always with very good results!

NUCLIO provides sessions to explain the process and the use of the Astrometrica software. Interested parties should contact us by the same email.